Organized by USAID Promoting Rule of Law in Georgia,  EAST WEST MANAGEMENT INSTITUTE, National Center for Business Law and  Free University  held annual national championship in” Advocacy Skills in criminal proceedings”. Eight of the best university teams were selected to participate in the competition. Each university had right to nominate only one team. The following students of Faculty of Law and International Relations: Sophiko Darchia, Nana Tkabladze, Giorgi Gelashvili, Beka Janelidze and Guga Maghlaria participated on behalf of Georgian Technical University. Our team was  trained by  invited senior teacher, lawyer Tornike Gvenetadze.Semi-final  was held on June 24. The team of  Georgian Technical University and Georgian National University competed  each other. After winning  the semi-final the team  of the Faculty of Law and International Relations of Georgian Technical University met with the team of Ilia State University. In the final competition our team gained the victory.It should be noted that the jury was staffed by foreign and Georgian experts, including Mike Grant, Judge Eka Areshidze, Prosecutor Nino Aghlemashvili and others. 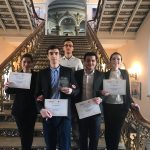 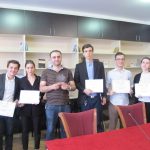 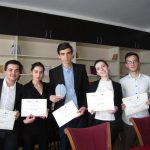 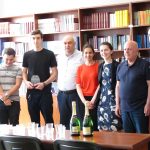